When Renias and I worked at Londolozi game reserve in the mid-1990s the leopard viewing was exceptional.

We watched them drag kills up trees. And mothers tenderly nursing their young. On one occasion we even walked with a wild leopard as she hunted. With no sign of aggression.

Leopards symbolise intelligence and independence. There’s an intangible sense of power about them.

Their mysterious nature is tempting. We found ourselves wanting to be closer. I had a recurring dream that I made friends with a leopard, which I loved.

It’s the reason why people fly halfway around the world to see one.

Dave Varty tells me they were lucky to get even a glimpse of a leopard at Londolozi in the early 1970s. Monkeys alarming in the woodland. Or the remains of an impala carcass hanging in a tree – was the only confirmation they were there.

Today, the Sabi Sands game reserve is synonymous with leopard sightings. A success story that has its origins largely at Londolozi.

How did this happen? 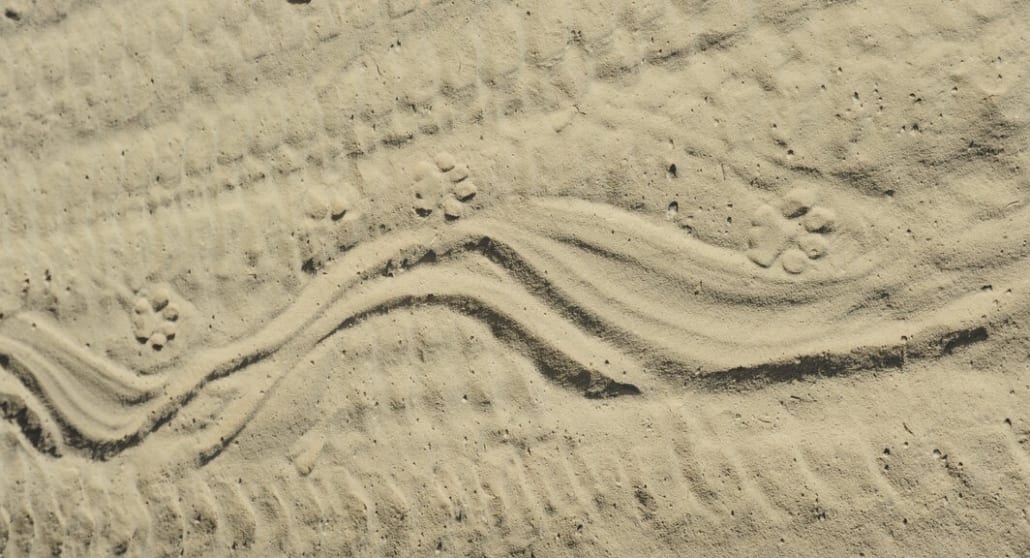 Trail of a leopard dragging a carcass. Photo by Lex Hes

Enticing signs of leopards prompted the Londolozi guides to go in search of the secret cat.

And they had an advantage – expert wildlife trackers.

They were the most successful leopard trackers of their time. The ones who tracked them on foot until they found them.

Richard Siwela spent an unbroken 42 years tracking leopards at Londolozi. His success rate was about 70% – at the height of his career. An outstanding achievement when one considers the average of 22% for tracking and finding a leopard.

Richard has successfully tracked more leopards than anyone else in Africa. 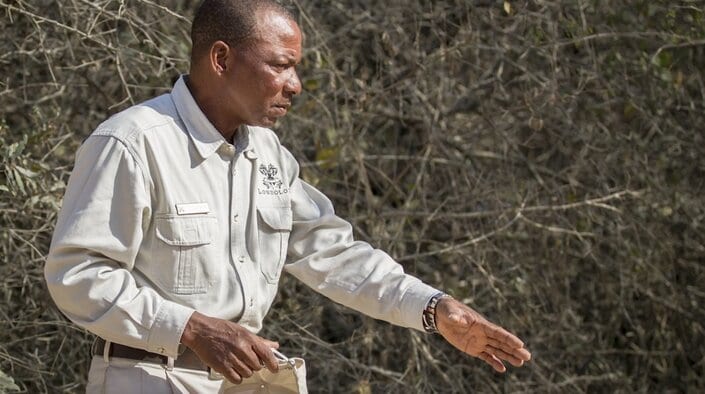 These men crafted a relationship with the world’s most elusive big cat. It is a remarkable story. They were mavericks – achieving what no one else had done before.

They developed trust with wild leopards so that people could view them. Allowing us to share in their mystical lives – for the very first time.

The team was successful because of their refined tracking skills, intimate knowledge, and sheer tenacity.

Respect for the animal was their main tenet – it’s what made it all possible. 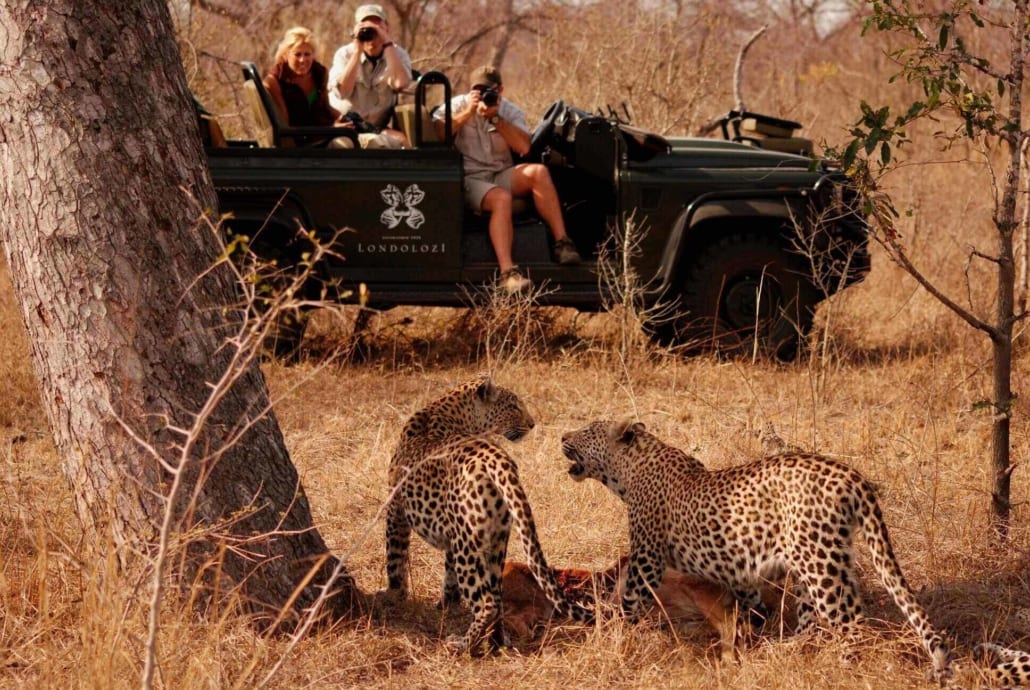 Leopards on a kill. Photo by David Dampier

Over 50 years, an extraordinary connection has immerged between the humans and leopards at Londolozi.

A relationship bound in reverence.

A partnership that allows for a vast sanctuary of wilderness to thrive. And which has inspired so much more.

To us, the trackers are the heroes. They are legitimate co-creators of an entire industry. The guides who drove the trackers and their guests were also integral to the process of habituating the leopards.

One wonders what other opportunities exist. If we intentionally develop meaningful relationships with our animal kin.

If we can do it with leopards, surely, it’s possible with all nature?

HOW TO SELECT THE PERFECT KEYNOTE SPEAKER

THE POWER OF DIVERSITY
Scroll to top