Early in my career as a nature guide, Renias and I received a radio call that a female leopard was seen feeding on a bushbuck kill.

The announcement was specific about the location.

As we neared, Renias gestured for me to turn left.

‘Ok, but I think there’s a leopard over there,’ replied Renias indifferently, pointing to a large jackalberry tree.

By now our excitable group of guests were raining questions on me. They were VIP’s and I felt compelled to show them a good sighting. And we had a reliable report which I intended using. 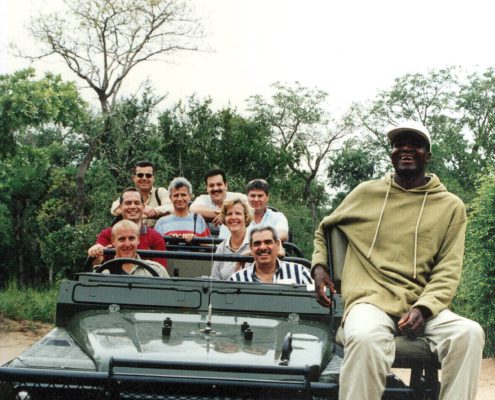 There was no time to waste following Renias’s hunch.

‘Jika ximatsi..ximatsi means left’ repeated Renias, now irate with my apparent contrariness. By now the guests had noticed his displeasure with me.

Not wanting to make a scene I grudgingly swung the Land Rover eastwards – following his suggestion to go left.

About halfway along Renias said, ‘hatlisa (faster), the leopard is moving now’.

Moments later a magnificent female leopard emerged from the woodland. The guests were awestruck. ‘Renias is a genius!’ pronounced one of them. “He speaks squirrel!” exclaimed another.

Incredibly, he used a tree squirrel’s faint danger call to determine the leopard’s presence and to interpret its behaviour. 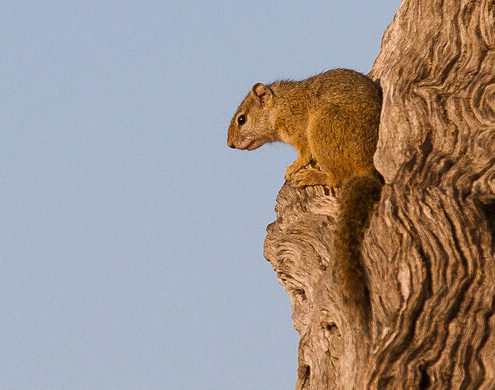 I came to learn that it’s nearly impossible to successfully track a leopard without considering the alarm calls made by other animals.

The truth is that I had no chance of finding it myself. If it weren’t for Renias, our VIPs would likely not have seen a leopard.

I was oblivious to an entire dimension of nature’s language. I wasn’t even aware that I was unaware. I also lacked the technical ability to recognise the omnipresent chirps of intelligence all around me.

And the pressure to deliver for my guests caused me to become hyper focussed – further impairing my awareness.

Our everyday lives are filled with signals – many of which go totally unnoticed.

My friend Grant Ashfield says, ‘An alarm call is a message from the future – it represents danger, the need to slow down, be vigilant and pay attention’.

And they come in many forms.. 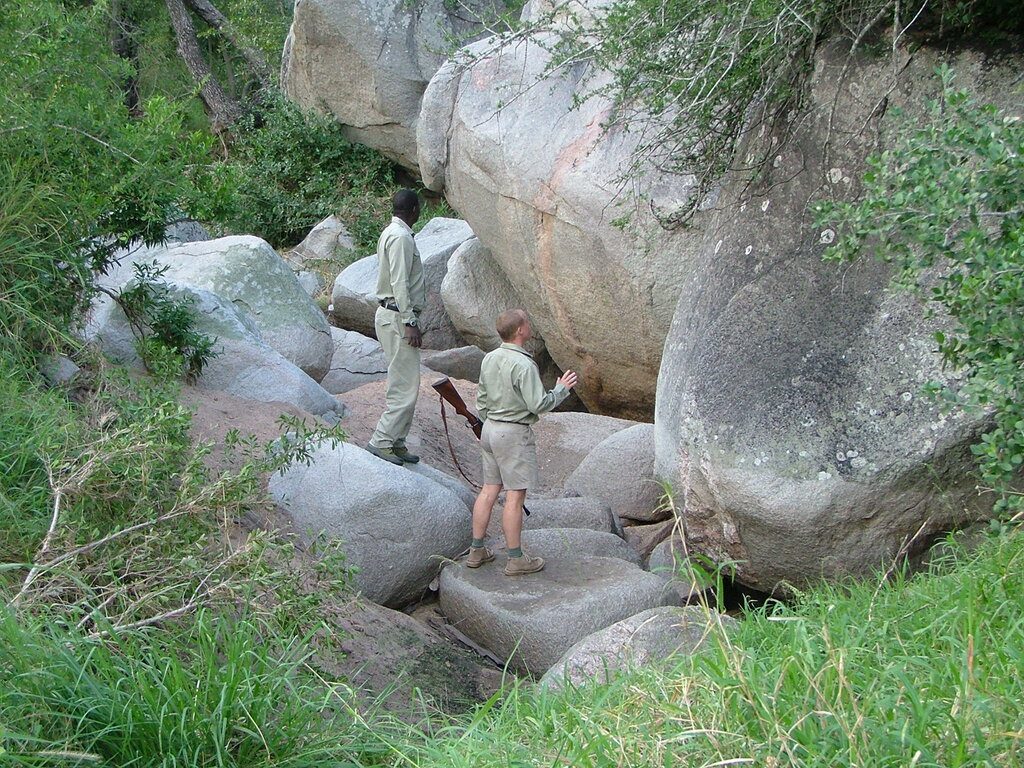 For leaders, dull meetings, poor trust, people operating in silos, and lacking in accountability – are clues that the team is in peril.

For organisations, the departure of good people, the entry of a competitor, and diminishing engagement – are signals.

The difficulty is that most signals are as faint as a squirrel’s call among the cacophony of others. And they’re often inconvenient too – the timing doesn’t necessarily suit.

The irony is that warning signs lead to opportunity – either from wisdom gained by avoiding danger, or the realisation of a goal – like finding a leopard.

The biggest threat of all is choosing to ignore the signs. Or being reluctant to act.

Noticing an alarm call is the first step in the journey of change – towards greater prospects.

Expert wildlife trackers rely on nature’s signs to find the animals they pursue. And for their safety.

Spend 5 minutes thinking about alarm calls you may have noticed in the last 24 hours. Can you interpret them, and more importantly, are you prepared to act on them?

Sign up for Tracking Success. We dedicate one of our campfire conversations to discussing alarm calls in our professional lives.