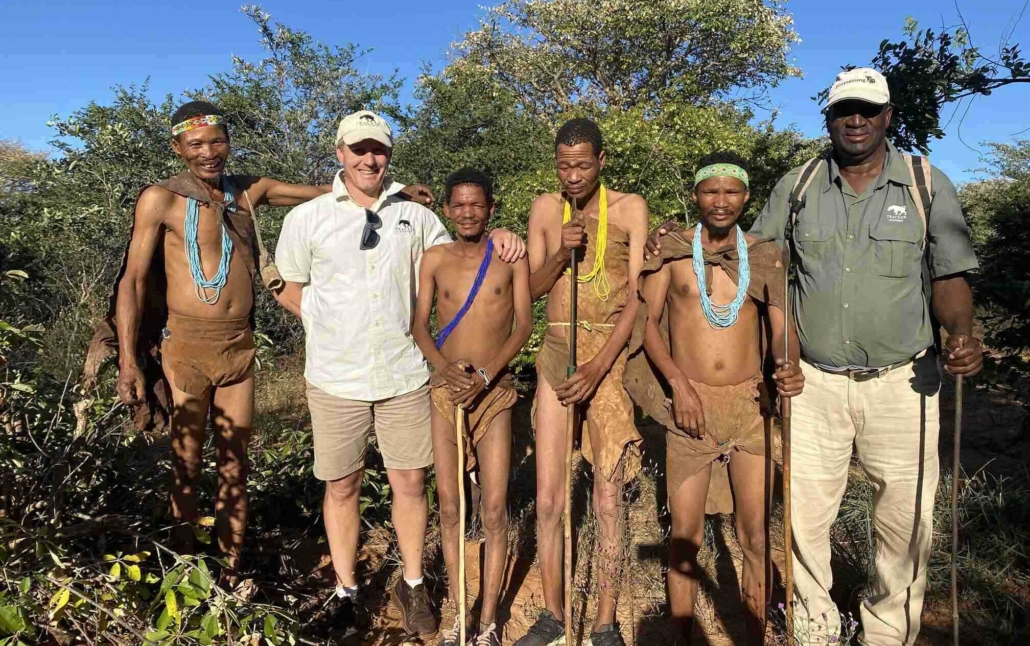 Hunter-gatherers practised the most successful lifestyle strategy in human history – lasting some 200,000 years, so what is the Hunter-gatherer secret?

The Ju/’hoansi trackers in north-western Botswana, with whom Renias and I have spent time, epitomise the modern hunter-gatherer. No longer nomadic, they live in a permanent village and rely somewhat on livestock for protein, but still, hunt by traditional means.

Until about 12,000 years ago humans relied solely on hunting, fishing and foraging.

For the hunter-gatherer, the business of finding food is an important daily activity.

The complex animal sign must be correctly interpreted to secure a meal, or detect danger. A vast number of plant species are also utilised for sustenance and medicinal remedies. 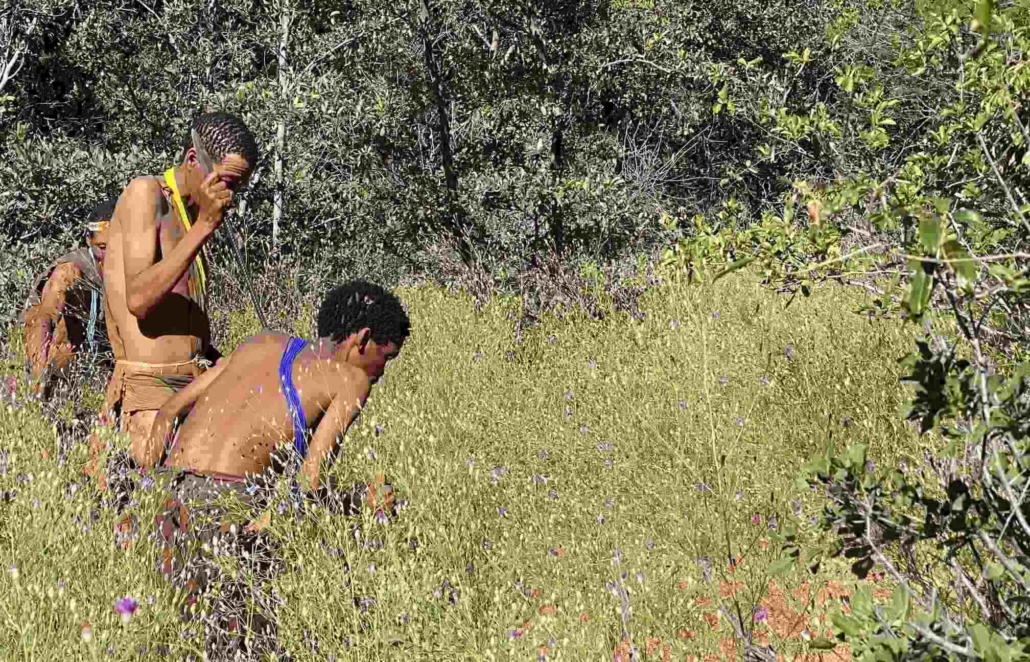 Because the environment in which they operate is wordless, hunter-gatherers develop an acute sensitivity for nature’s cues. A subtle change in the pitch of a bird’s call, or a slight turn in humidity, means a great deal to them.

They are experts at noticing. A virtue that extends to their human relationships too.

Although opportunistic they seldom seek to over-exploit. For the Ju/’hoansi hoarding is frowned upon. They understand that their survival is inextricably linked to a thriving, sustainable ecosystem.

This is ecological literacy in action.

Despite the challenging conditions they face to obtain a meal, they work less and enjoy more leisure time than people of industrialised societies. Interestingly, their varied diet makes them healthier too.

Humour is a constant feature of their social interactions. And one doesn’t need to understand their language to get its value!

Historically their societies were classless – all members were born equal – with no permanent leaders. A life of such profound purpose means formalised authority is less important.

If we measure success by physical and mental health, then it can be argued that the hunter-gatherer lifestyle is a remarkably successful one. 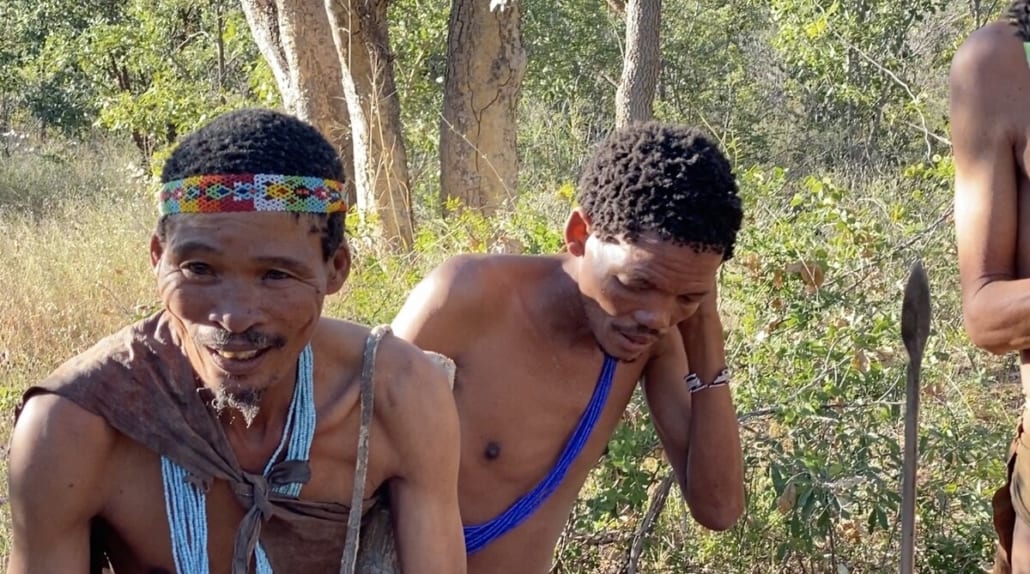 Driven by a greater need for food security and perhaps, just convenience, gradually societies began learning how to domesticate crops and animals.

This was the genesis of agriculture and early civilisation. And it had a profound impact on how we live, eat and interact with each other.

A few things happened though. For one, humans began storing more food which increased the quantity people ate. Secondly, it led to large permanent communities in which disease became prevalent. 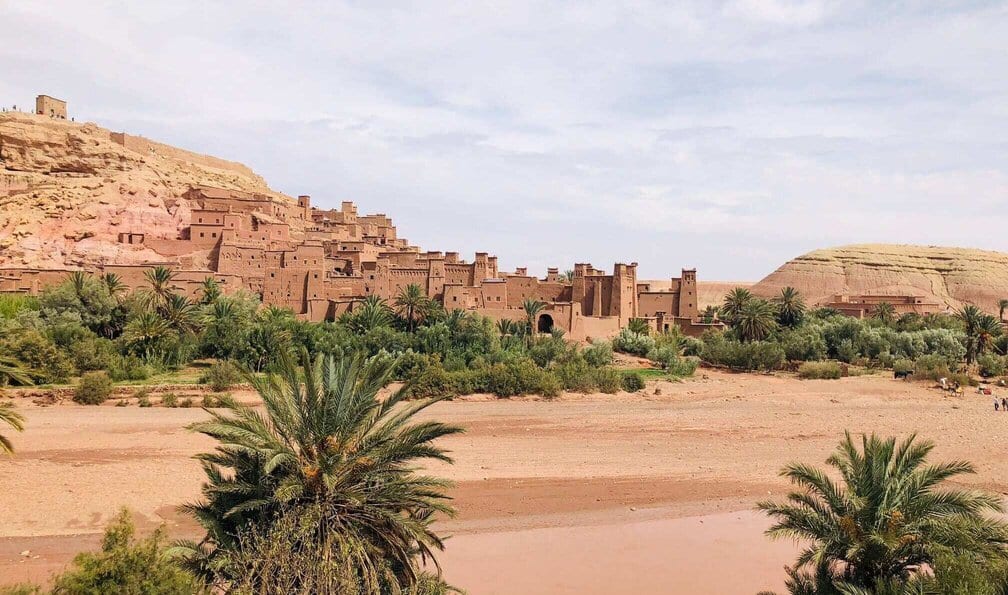 Ironically, the shift also coincided with a decrease in the quality of food consumed – a legacy that continues to afflict modern societies to this day.

Most interestingly, the transition to agriculture marked the beginnings of inequality. Because those who controlled the surpluses assumed the power.

Farming also triggered the now-universal belief in hard work and the benefits of profit.

By contrast, hunter-gatherers tend to focus on their immediate needs. 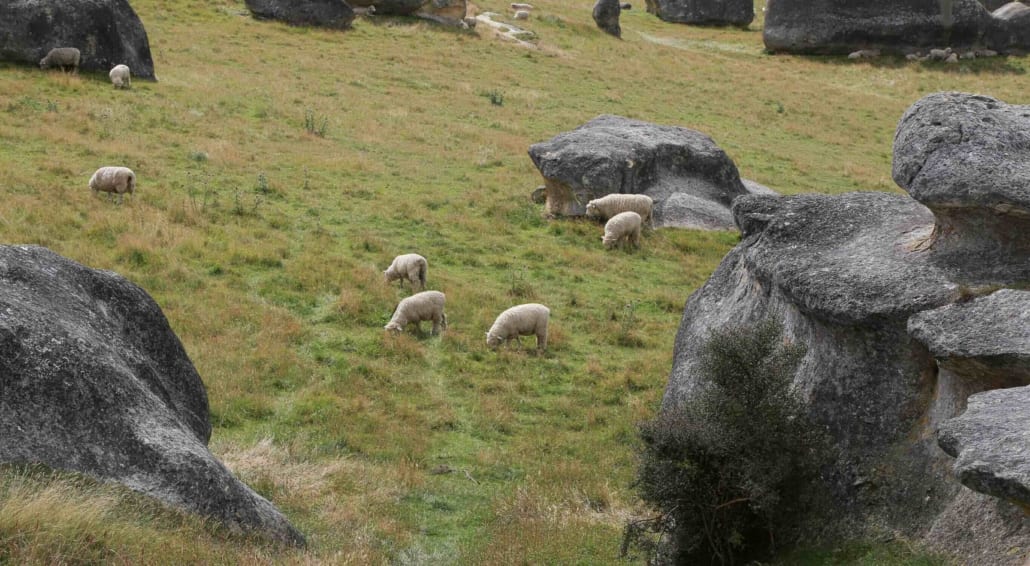 The agricultural societies grew rapidly and out-competed the hunter-gatherers in most places.

The original farmers were geographically lucky. Fortunate to live in places with crops and animals that are easily domesticated, which gave them a distinct advantage.

It had nothing to do with intellect or genetics.

In the end, our need for profit, power and convenience spelt the end of the hunter-gatherer age. Even though it meant working harder, less freedom and being more sickly.

The farmers ultimately left us with literature, the arts and technology – which we’ve developed to astonishing levels. 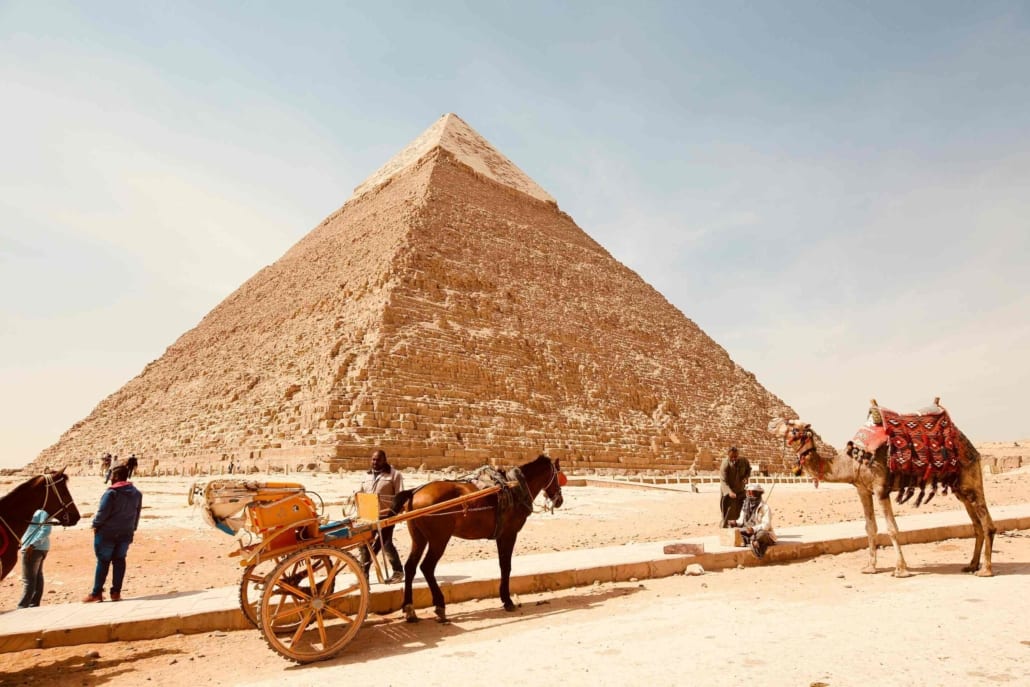 The hunter-gatherers left us with a connection to the natural world – which is sadly fading.

Malcolm Gladwell sums it up well, “Praising ourselves for being civilised is no guarantee of survival. We can be law-abiding and peace-loving and tolerant and inventive and committed to freedom and true to our own values and still behave in ways that are biologically suicidal.”

The hunter-gatherer secret is their relationships.

For there is no civilisation without a legitimate partnership with the earth. 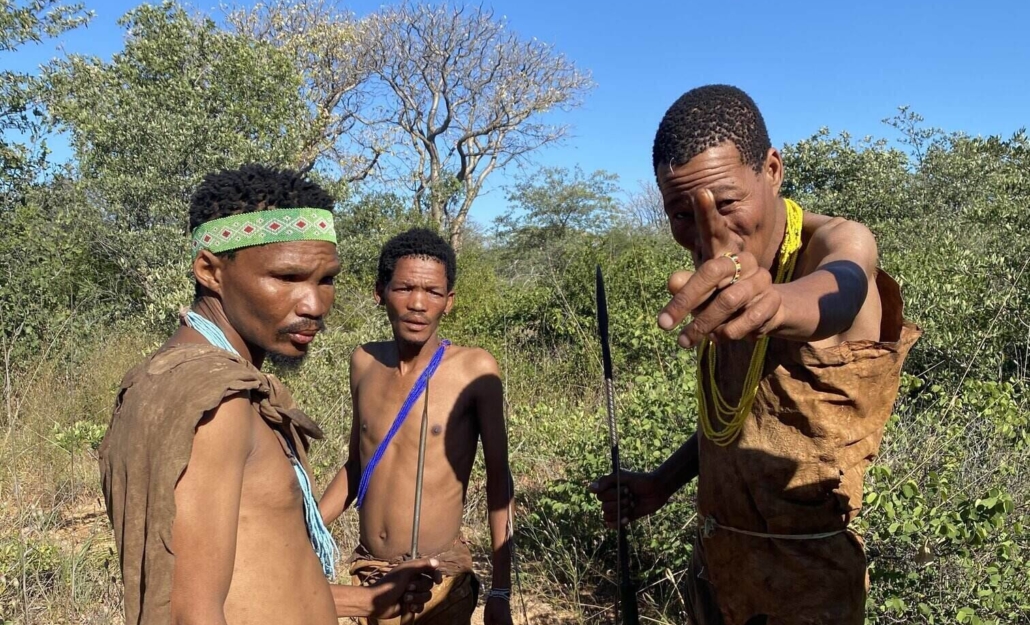 THE POWER OF DIVERSITY