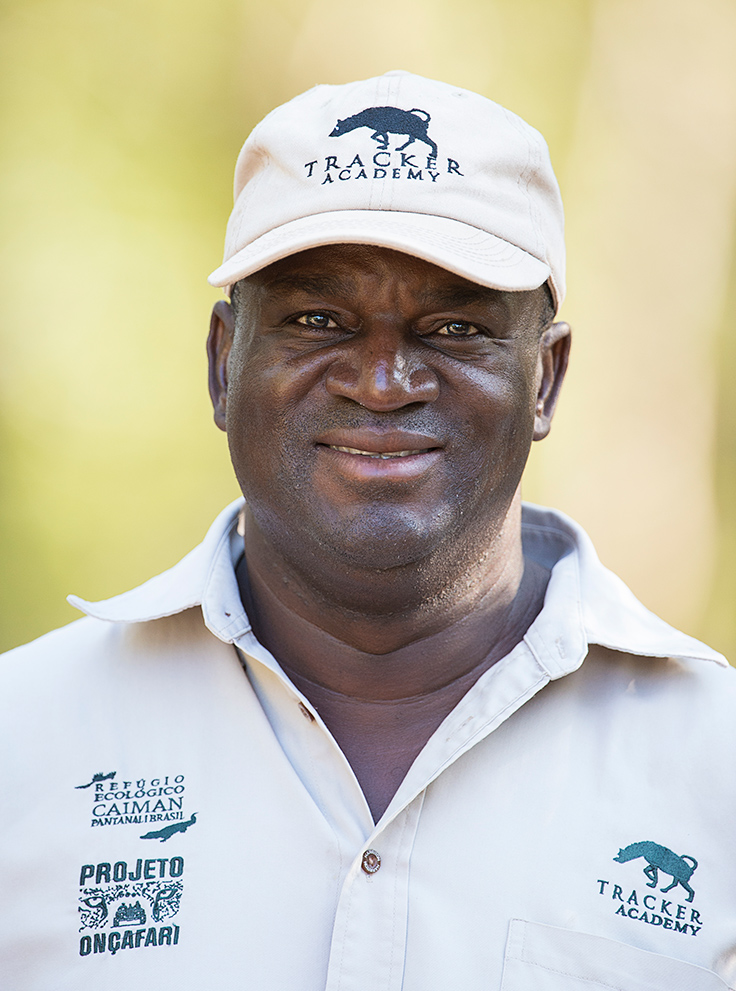 The title of master is bestowed often with scant regard for what it really means – mostly because those bestowing the title do not truly understand what they are witnessing. It is the sort of designation often given by inexperienced practitioners of whatever craft is being revealed. For example, people who cannot play the guitar and watch me play often remark that I am a master of the instrument. I’m not bad but I’m not a master. Because I have been playing for the last 25 years, I know a master when I see one – someone with that rare skill (be it speed, musicality, sublime knowledge etc.) in whose presence you feel both utterly dejected and supremely inspired.

I have worked in the lowveld of South Africa on and off for the last decade or so, much of this time tracking animals (or trying to) – I cannot pretend to be a ‘tracker’ in the true sense of the word but I know what a tracker does and what he looks for. I have spent countless hours searching for the minutest signs – obscure footprints, broken vegetation, urine-smelling bushes, birds tweeting in alarm etc. – so I have a pretty good idea of what it takes to be a tracker and I know that I’m far short of calling myself one.

A few weeks ago, I followed a pride of lions with a man who is a master of his craft – the very ancient craft of tracking. We didn’t find the lions because they crossed out of the reserve but for a few hours I marvelled as Renias Mathanjana Mhlongo, a 56-year-old Shangaan (Tsonga speaking), followed three lionesses through the late summer bush. 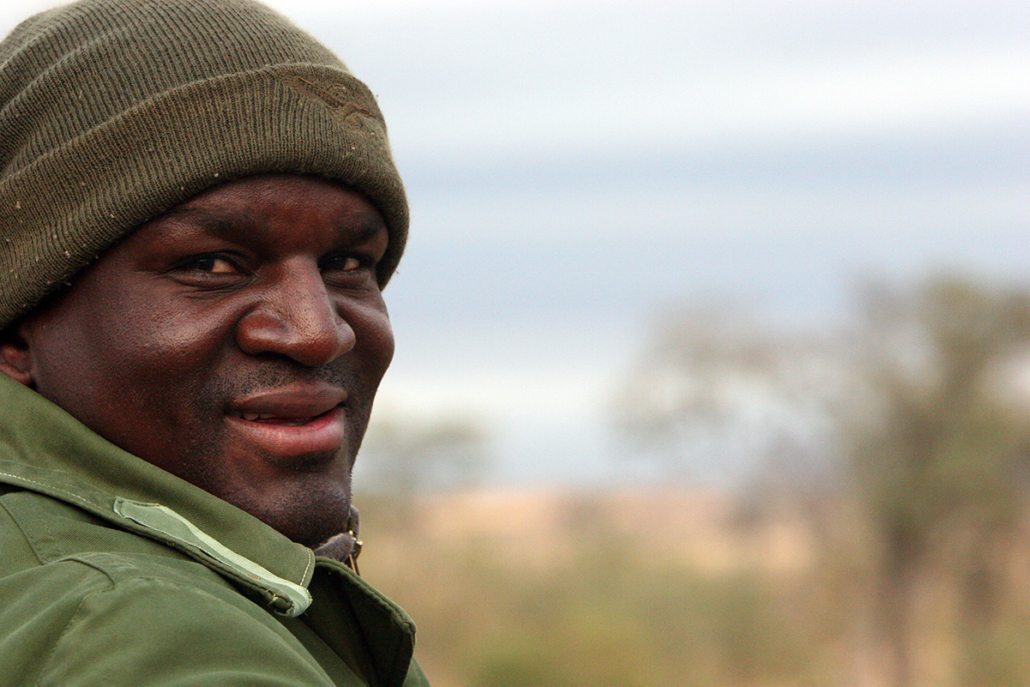 We found the tracks at about 07h00, just a scuff on a road. At least four game drives had driven over and past the pug marks during the course of the morning – that is to say four ‘trackers’ had failed to notice the feint scuff marks in the sand where one of the lionesses had rested briefly during the night. We left the car and headed east through a thicket of stunted guarri bushes and stony ground. I couldn’t make out any further signs of the cats but Renias set off as though following a six lane highway.

‘Look,’ he said, ‘see they were hunting here.’ My bemused expression, made him smile patiently. ‘Here,’ he pointed at a piece of ground like all the other pieces of ground around it, ‘see there is only one here. Over there and over there, ‘he indicated another two patches of dew-hardened sand, they split up here to hunt something in the thickets over there.’

Sure enough, a few minutes later, the distinctive tracks of running impala showed where the wits had been spooked out of a herd. Renias followed the lions, track by track, showing me how their gate had changed as they ran and then where they had slowed again. So it went for the next hour or so – Renias following the pride and interpreting their behaviour. Much of the time I couldn’t see what on earth he was looking at – he’d patiently point out where a paw had tread and I’d stare at the empty ground and then pretend I could see what he could.

Why did I pretend? One, because I didn’t want Renias to become frustrated with my ineptitude and the second – well, I was just enjoying the performance. Far more than actually finding the lions or learning how Renias was doing what he was, I just loved watching him work – in the same way that I might enjoy watching a master musician at a concert. The way you might marvel at the skill of an orchestra or a ballerina. Sure you might wonder about how they do what they do but at the end of the day, you derive pleasure from watching a performance of masterful artistry. 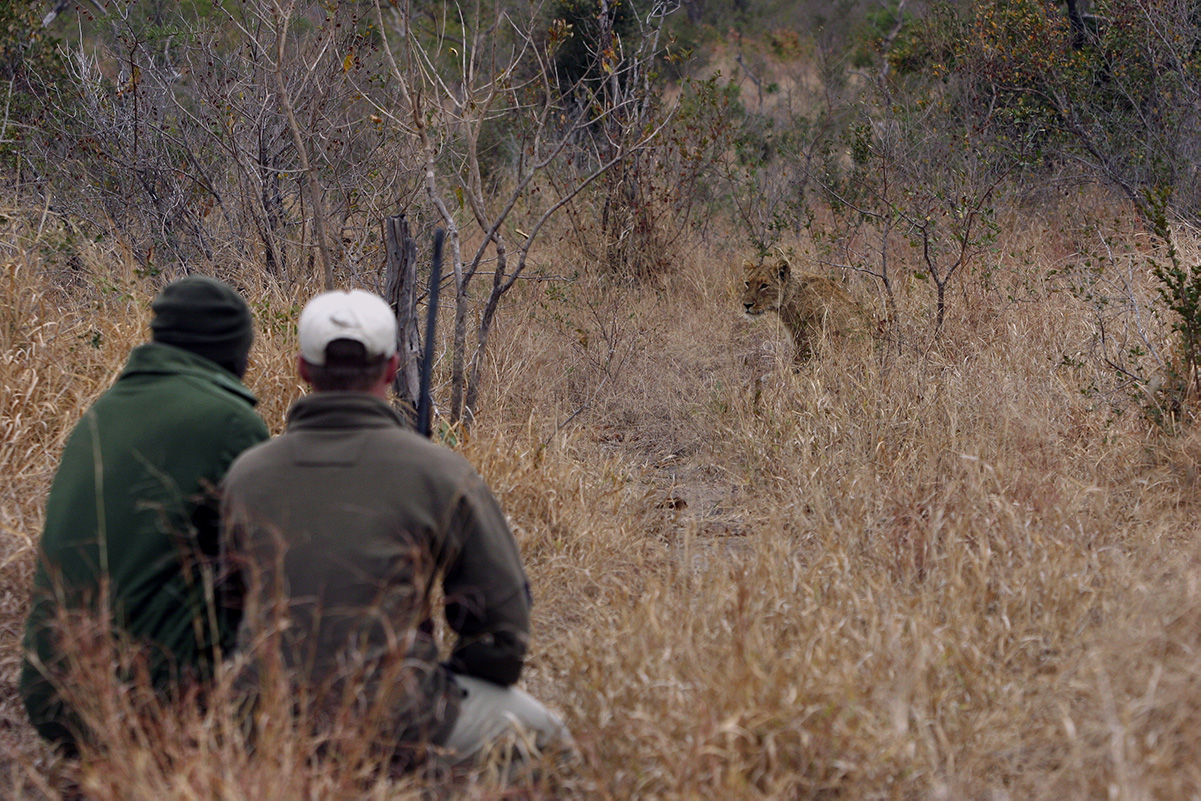 As we walked, I thought about this ancient art. Is it actually just an art in the same way that guitar playing or painting are arts? Is that its intrinsic value? Renias travels the world doing exactly what he did for me. He takes groups to find bears in the US and kangaroos in Australia. People marvel at his skills and no doubt go home to talk with great respect about ‘the great African tracker’ in the same way that they would after watching David Gilmour play master his Stratocaster at the Albert Hall.

But is there a use for this art outside of a performance spectacle? It’s undoubtedly a dying art – fewer and fewer people can claim to be true trackers. Is that a bad thing? Perhaps we should see nostalgic emotions for ancient tracking in the same way that we see Morse code or fax machines – great but now obsolete examples of human achievement.

Watching Renias that day, I became increasingly convinced that while I was enjoying the art for the sake of the art, tracking remains a skill with a value beyond delighting an audience. No machine can yet come close to being able to achieve what he can in the field. His interpretation of wilderness is of immense value to nature tourism, anti-poaching and conservation research.

Renias and his partner Alex van den Heever know this, and through their work at Tracker Academy, they are ensuring that Renias’s skills along with those of other tracking masters are not lost with the passing of this generation but will survive, moulded to modern conservation needs, honed for the preservation of humanity’s last wilderness areas. That’s the importance of the skill.

And what of the art? Well that’s possibly even more important. The art and the performance thereof are a way for expert trackers to connect people to the wilderness – to something beautiful and worth conserving because it’s a part of us. In many ways this is what Bruce Springsteen is doing when he performs his art. Music is a part of our humanity. In many ways, people watch The Boss to reconnect with this element of us, an element that, like the wild makes us whole and is very difficult to find in the modern world.

Guide, musician, author and presenter with 20 years of experience

10 Ways to Create Diversity & Transformation in the Workplace